Deep plush garnet throughout – from core to rim. An indulged aromatic meander: First in the kitchen – umami expressed primarily via wafts of shiitake mushroom stock, hoisin and XO sauce … enhancing scents of dry-aged beef and game meats. Then outside – olive-leaf, cardamom, sage and thyme … “a stroll through a South Australian olive grove” … saltbush, acacia, dried and dusty bracken. To the cellar – fresh and familial lifted formic and barrel-ferment nuances. Followed by a return to reality: Quite simply, an unmistakable youthful ‘Grange’ nose. Awakened primary fruits and stylish oak interlocked and indistinguishable. As expected.

"Deep, dense youthful red/purple colour. The bouquet is a riot of preserved plums, mocha, smoky toasty oak - less obvious than the Granges of yore - with hints of tar and graphite. The wine is full-bodied but it's not a blockbuster. It's dense and concentrated, but not overpowering. Indeed, the wine is superbly balanced and has even a touch of elegance. The tannins are certainly abundant, with a touch of traditional Grange firmness, but it's a very easy Grange to understand and enjoy. Less likely to intimidate! (2% cabernet sauvignon)"

"First made in 1951 and released every year since, it’s a blend of six premium South Australian regions led by the Barossa. The bouquet evokes mocha, preserved plum, smoky toasty oak, tar and graphite. Very concentrated, full-bodied and superbly balanced, this Grange is already remarkably accessible. Best 2021-2048+"

"Undeniably Grange in its approach from start to finish, a powerful band of 98 per cent shiraz and 2 per cent cabernet from six SA regions that has spent 20 months in 100 per cent new American oak hogshead barrels. It’s all rich, black fruit flesh seasoned with savoury dark spices and notes of cut down olive bushes and sage in the flavour zone. It’s solid gold Grange in body as well as soul, yet chamfered and measured, even subtly minerally but with no hard edges. It’s a waiting game now like always — drink now in an hour of power or for a special celebration in 10-25 years."

"Rich, concentrated and intense, the 2014 Grange delivers exactly what we've come to expect from this Penfolds icon wine. It's full-bodied, velvety in feel and loaded with plummy fruit, framed in vanilla and cedar. Dense, powerful and tannic, it should prove to be long-lived, even by Grange standards. Gago doesn't rate the vintage overall that highly, but he says the selection this year for Grange was a bit more stringent and that production levels were just average. There are still over 1,000 cases for the United States. Drink 2025-2050."

"98% shiraz, 2% cabernet sauvignon from the Barossa Valley, McLaren Vale, Wrattonbully, Coonawarra, Clare Valley and Magill Estate, matured for 20 months in new American hogsheads. Excellent colour for age; the ultra-fragrant and expressive bouquet implacably draws you in; a great deal of work must have gone into the blending of the components and drawing them seamlessly. An aristocratic Grange with all the components in utter harmony."

"An erratic season with heat spikes and rain events, saved by cooler conditions from mid-autumn, 2014 is no blockbuster Grange, but unashamedly celebrates a more understated, spicy and structured style. Black cherry and satsuma plum fruit is supported masterfully by a firm, fine chassis of long-enduring tannins. This is no inky, brooding Grange, but rather a vintage that celebrates space and refinement. It’s none the less for it, and lacks nothing in consummate line and unrelenting persistence. It won’t make headlines but it will make for a great drink, and for that I admire it greatly. Drink 2034-2044"

"Fruit from Barossa Valley, McLaren Vale, Wrattonbully, Coonawarra, Clare Valley, Magill Estate. 98% Shiraz, 2% Cabernet Sauvignon. (2011 was the last vintage to be without Cabernet Sauvignon.) This is the first ever Grange to have Wrattonbully fruit – 8%. They’re celebrating. 20 months in new American oak hogsheads. Good winter rainfall. There were heat spikes through summer, with temperatures reaching 43 ºC on 2 February. By mid-autumn, the weather had settled down to generally cooler conditions, optimal for slow ripening. TA 6.7 g/l, pH 3.6. Smoky barbecue notes. Great grip and intensity and drama. Round and very exciting. Throbs forever. Great top note of dried herbs. Sweetness isn’t the dominant character. Different! Peter Gago is very proud of how distinctive this is and says you can maybe compare it with 2004. Very vibrant.14.5% Drink 2020-2050."

"There is an extraordinary chypre and warm earth note about this wine which leads the way and the fruit follows on minutes behind dutifully allowing the vine and its wood and earth to take centre stage. Like Bin 707, this is a phenomenal wine and it opens so slowly and relentlessly it is amazing. Like a silent, slow-motion, ballet troupe showing power, poise, grace and movement, this is an elite wine and it parades its anti-fruit notes as much as it does its grape-derived flavours. This points to a massive ageing potential and also the patience required to appreciate this wine at its peak which I feel might be in thirty or more years’ time. A difficult wine to assess in a score, I am tempted to give it a near perfect score because there is still the question of whether it will complete its flavour-quest before it starts to tire, but I am confident that there are enough pointers here already to reward it with another perfect score. This means that Penfolds is the first winery in the world to get two 20/20s in one single release. Drink 2040-2070."

"Taking bets now on when the Grange RRP will hit a grand. This release of Penfolds Grange was sourced from a number of South Australian regions and saw, of course, 100% new American oak. This 2014 Grange includes 2% cabernet sauvignon. I won’t go into the details but the press release includes tasting notes and, appropriately enough, the tasting note provided includes its fair share of exclamation marks. This one was my favourite (in context): “Until the next sip!”My daughter loves baking cakes and as a result I love crushing ants. One sniff and I was in my kitchen with my daughter. There you go. It’s archetypal Grange, smooth, svelte, aristocratic, bright and dense at once, the pride of South Australia and the entire Penfolds red wine line-up all rolled and synergised into one. I see soy and I see spice, I see vanilla and various things nice, but mostly I just see quality nipped and tucked, gathered and applied in such a way that it’s perfect. I didn’t spit it out and I don’t regret it. For a second I was a better man. I read recently that the Richmond football club, on winning the 2017 AFL grand final, went to Rockpool in Melbourne and drank Grange. In fact it was the tattooed-head-to-toe-bad-boy Dustin Martin who related this story. Bay Boy Dustin Martin drinks Grange. I thought of this as I put my glass down. The cliched elite are in for a treat. 2014 Grange will not let anyone down. Drink 2024-2044+"

The original and most powerful expression of Penfolds multi-vineyard, multi-district blending philosophy, Grange is arguably Australia's most celebrated wine and is officially listed as a Heritage Icon of South Australia. Max Schubert, the man responsible for the creation of Grange, first made what is now the flagship Australian wine back in 1951, and now has an unbroken line of vintages stretching over 60 years. Crafted utilising fully-ripe, intensely-flavoured and structured shiraz grapes, the result is a unique Australian style that is now recognised as one of the most consistent of the world's great wines. Multi-regional blend, South Australia. From Barossa Valley, McLaren Vale, Wrattonbully, Coonawarra, Clare Valley and Magill Estate. 20 months in 100% new American oak hogsheads. 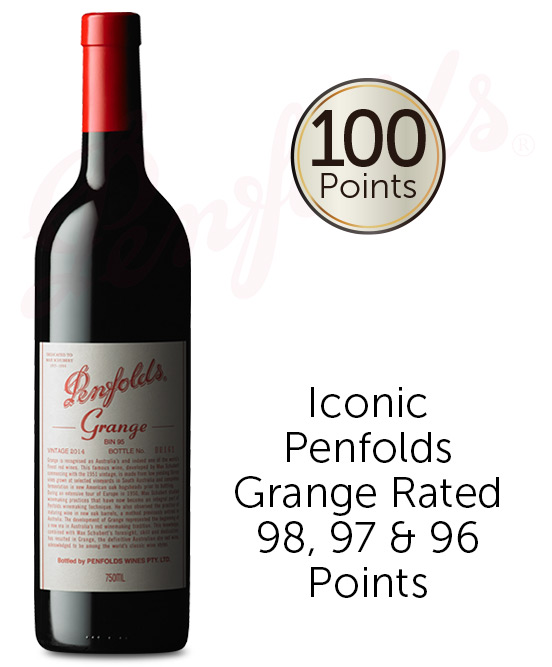 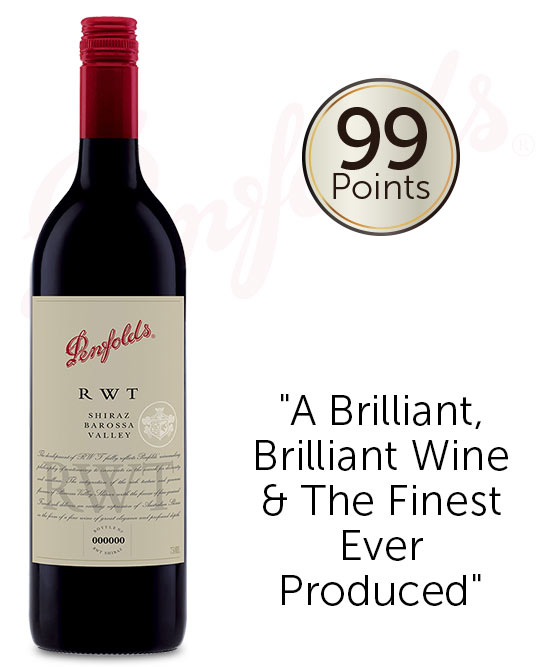 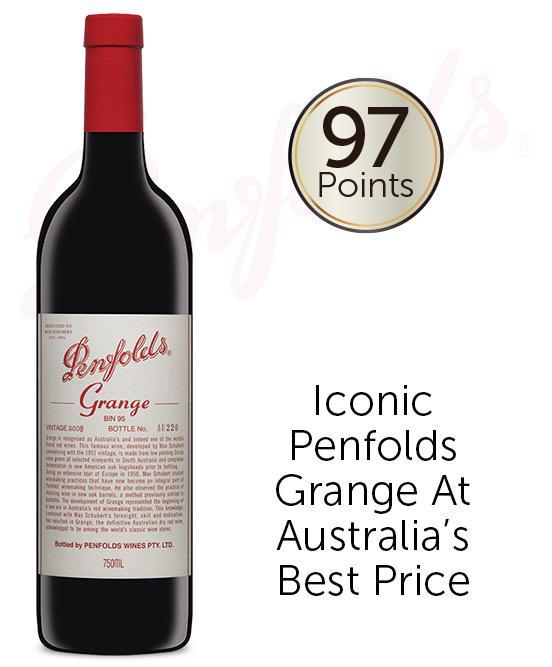 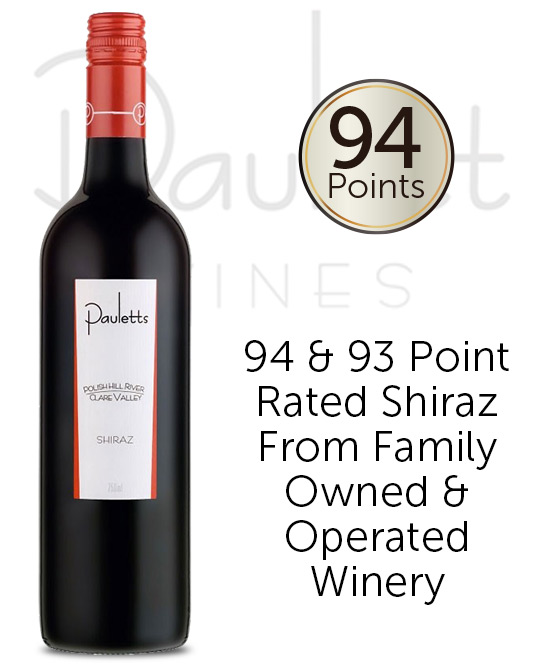