Deep dark cherry-red. Initially, plummy fruits meshed with sweet spices (predominantly cinnamon), almond. And then a pause to imbibe the aromatic atmospherics of a patisserie: Crème anglaise, cannoli with vanilla custard ... and classic bourbon vanilla at that! A croquembouche (profiterole) hazelnut brittle. Grated chocolate – both white and dark. Fresh, awakening.

Medium-bodied. Raspberry/chocolate flavours with a sprinkling of spice and cola. Symptoms: Fleshy, and an almost glycerolic texture; bulbous/expansive palate profile. Diagnosis: Tannins – integrated/embedded – supportive, not standing apart. Oak – no obtrusive flavours to speak of ... yet all the benefits of a calm maturation is seasoned hogsheads. Acidity – in tune with the wine’s weight and structure. Cure: Rest in bottle for a year or two. Needs time.

"A famous wine from the Penfolds stable at the relatively budget priced end. This is a blend of lots of South Australian regions and really shows the Penfolds winemaking DNA from the first engagement on the nose through to the generous opulent palate. It's all matured in seasoned American oak for 12 months and such concentrated fruit needs that oak treatment. The creamy vanillin oak marries neatly with the fruit. A wine for the cellar and one of the best of these in recent years."

"The Kalimna Bin 28 Shiraz is made up from nine regions across SA and feels like it’s just a house styled red, rather oaked and perhaps now a bit of a caricature SA shiraz."

"Youthful, yes, but so approachable. A wine to be enjoyed right away . . . or not. Nicely balanced, lavish sweet Shiraz. Lifted aromas in classic Aussie Shiraz mode: black fruits, stewed red plums, a world of spice (cinnamon, nutmeg), chocolate. The palate is expansive, deep and complex. An attractive light savouriness on display, and while it is lively and ample there is a degree of restraint. Fabulous drinking for the price."

"An historic site of old vine material melded to American oak. A paean to a traditional Australian approach that remains a paradigm of inspiration. Glossy opaque. Black cherry, plum, charcuterie, baking spice, anise, black olive and a curl of creamy coconut-vanillin. Unashamedly rich and heady, in the vein of fine examples of yore. This wine has an attractive build, growing in stature with each sip and a bit of air. Expansive, palate-staining and dutifully long. Compellingly concentrated and intense."

"A strong vintage for warmer-climate shiraz and this wine is certainly reaping the benefits. The nose has such eclectic fruit aromas that run a full spectrum, from the lighter spiced red-fruit aromas to red plums, through blue fruit to darker blackberries and plums. The palate has impressively layered flavors that run the same broad spectrum as seen on the nose and the tannins are so well groomed and run very, very long. Holds fruit flavor deep. Will age very well for 15-plus years. Drink or hold.94 points."

"While named for a Barossa vineyard/locale, the 2018 Bin 28 Kalimna Shiraz, like other recent vintages, is blended from various South Australian GIs. With its rich, dark-berried fruit accented with vanilla, it does a more-than-credible job recreating that northern Barossan idiom. It's full-bodied, concentrated and plush without going over the top, finishing long and velvety. While it may not have single-vineyard snob appeal, it's a delicious wine for drinking over the next decade and a relative value."

"The first Kalimna Shiraz (in '58) was entirely from the Kalimna Vineyard, but the ensuing decades have turned Kalimna into a trademarked gallop around 9 SA regions, the wine matured in used American hogsheads. If you want a friendly labrador wine, this is it."

"Led confidently by the Barossa and McLaren Vale, this is a classic South Australian shiraz, brimming with supple black and red berry fruits and bountiful milk chocolate and coconut American oak. Peter Gago considers this warm and dry vintage ‘terrific’ for Bin 28. It’s given birth to a succulent and glossy style, braced with Penfolds classic firm, fine tannins, built exactingly to the Kalimna recipe – yet for me lacking the lift, purity are stamina of the most alluring seasons. 14.5% alc. 2025-2030 – 92 points."

"Deep, dark red/purple colour, with a smoky, toasty-charred oaky bouquet, with underlying blackberry and dark plum fruits. Traces of star anise and graphite, the finish lingering with drying tarry tannins. Fleshy and deep, a wine with potential to reveal more in time. A stylish wine with stuffing as well as elegance. (Barossa Valley, McLaren Vale, Padthaway, Wrattonbully & five other regions)"

Kalimna Bin 28 offers a showcase of warm climate Australian shiraz – ripe, robust and generously flavoured. First made in 1959, Bin 28 is named after the famous Barossa Valley Kalimna vineyard purchased by Penfolds in 1945 and from which the wine was originally sourced. Today, Kalimna® Bin 28 is a multi-region, multi-vineyard blend, with the Barossa Valley always well represented.

South Australia’s viticultural regions experienced relatively dry conditions, and near long-term winter/spring temperatures  during vine dormancy and at the beginning of the growing season. After a racing start, a short spell of cooler weather in early November slowed down grapevine development. Warm and sunny weather prevailed throughout most of spring, providing optimal conditions for flowering and fruit-set. Summer was warm, Barossa Valley experienced 22 days of  temperature greater than 35°C while McLaren Vale experienced 17 days of temperature greater than 35°C – with a maximum of 42.1°C on January 18th. Padthaway, Robe and Wrattonbully also had a warm, dry growing season by regional standards. Late flowering and the delayed onset of veraison throughout the south-east slowed harvest by a few weeks. The warm and dry weather carried into autumn, setting up an Indian summer with favourable conditions for ripening grapes. 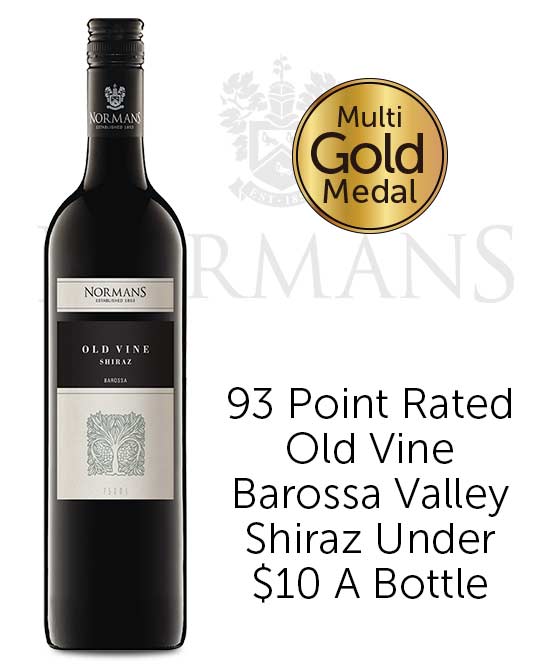 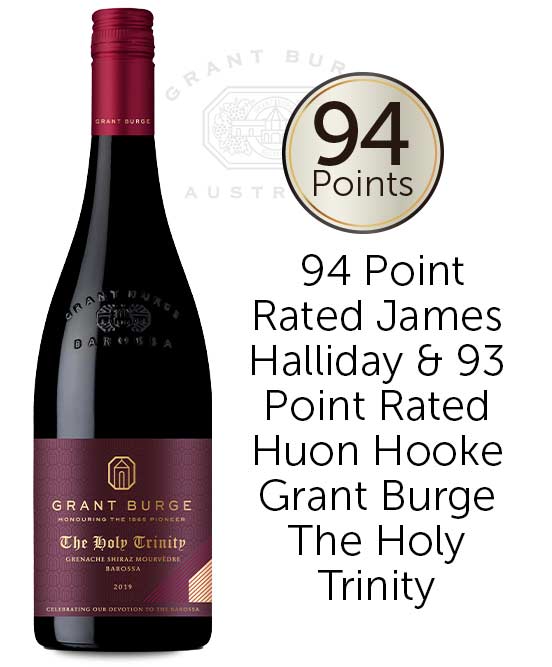 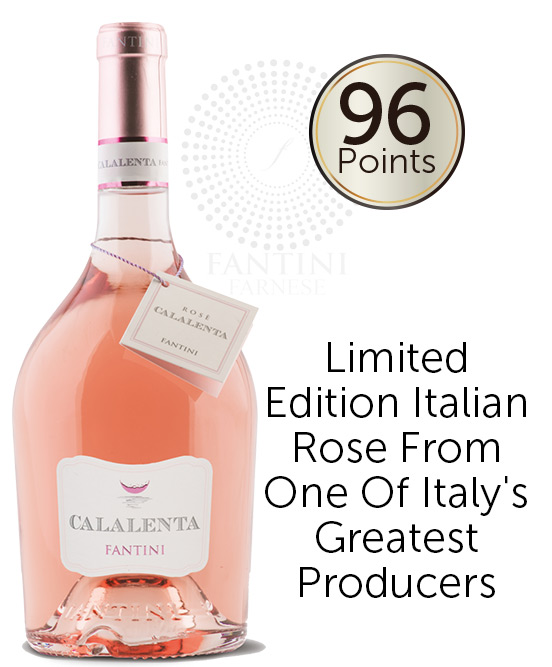 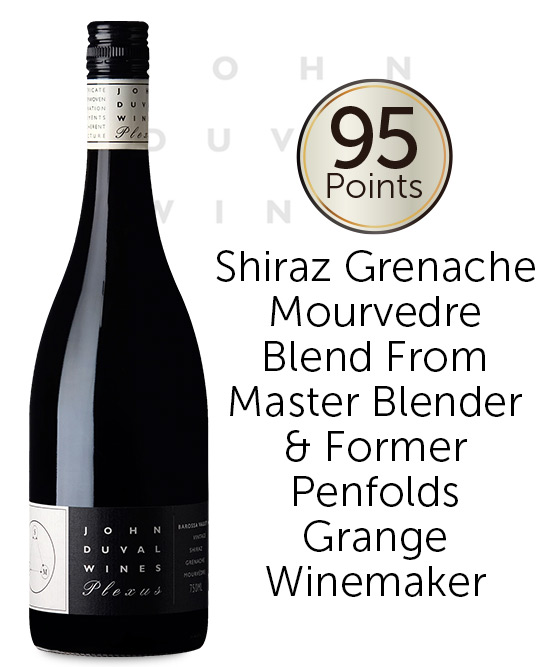