Dark ruby red with hints of purple. Spicy blackcurrant and mulberries with savoury, earthy complexity. Medium bodied with fine grained tannin sitting around a core of bright acidity and fresh red currant, blackberry and mulberry fruits. A juicy but extremely fluid and supple palate with good length and drive. Finish is long and clean with dark fruit and spiced oak.

The fruit for the Cabernet and Merlot is sourced from our own vineyards in Bethany and neighbouring vineyards along the Barossa foothills. The fruit picked from our Bethany Vineyards is from old vines of up to 40 years old which are very low yielding and produce fruit of great intensity and flavour. Traditional viticulture practices are applied in these vineyards with vines hand pruned and often hand picked. The grapes from each individual vineyard are kept separate throughout the wine making process until the final blending. The characteristics of the selected parcels of wine for the Cabernet Merlot blend display soft fine tannins and fresh red berry characters.

The 2017 vintage was an overall a balanced, cooler vintage in the Barossa with a long ripening period which led to reds developing exceptional colour and tannic framework along with a deep fruit profile and aromatic intensity.

Fermented on skins in open fermenters at a controlled temperature of between 22 and 26C for seven days. After traditional pressing at 3 Baume, the wine is transferred to French oak hogsheads. A malolactic culture is added early to induce secondary fermentation as quickly as possible in the barrel. The wine is racked after settling and minimal sulphur is added for the first time in the process, a critical factor in allowing for natural flavour development of the wine. Matured in new and seasoned French oak barrels for 12 months prior to blending, followed by light filtration to bottling. 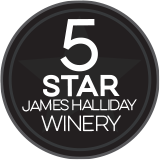 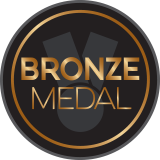